Living north of the Thames is back in vogue, argues Cheryl Markosky

Over the past decade it’s been deemed ultra-cool for young professionals and families to head south of the river to places such as Clapham, Battersea and Wandsworth, where they could obtain more square footage for their money.

However, now the tables have turned. As prices rise in southern hotspots, a number of buyers are rediscovering northern expanses of the capital that are on a par with, or even lower, than their southerly counterparts.

Some northern areas became unfashionable in the Eighties, and the trend was to go to Nappy Valley – the ‘café culture’ zone between Clapham and Wandsworth Commons, explains Dawn Carritt of Jackson-Stops.

“But now that it’s so expensive, people are returning to Hammersmith, Chiswick, Barnet, Enfield and Epping, where they can find fabulous houses for less than in Wimbledon or Wandsworth.”

For example, Dawn’s selling a Grade II*-listed, five-bedroom house with a walled garden and heated pool on Gentleman’s Row, Enfield, for £1.35 million. The same house in Wimbledon would cost double, she reckons.

Philip Eastwood, The Buying Solution’s head of London, believes value isn’t the only factor. “There’s a considerable advantage to living north of the river summed up in one word: bridges.”

Traffic on bridges crossing the Thames between Chelsea and Battersea is often heavy – “something the driver taking Prince George from Kensington Palace to his school, Thomas’s Battersea, will be only too aware,” he says.

Jon Hall of Mount Anvil, who’s selling the last two flats from £1.185 million at Queen’s Wharf on the Surrey Bend of the Thames in Hammersmith, points out that 90% of London’s transport network is on the north side of the river.

“Good transport is a huge driver for purchasers,” he says, which explains why he’s seeing a number of people moving from the Barnes SW13 postcode to his development in W6.

Jon suggests that as well as more ways to get about, including the M4 and M40 arteries heading west, there’s also “better infrastructure, shops, restaurants and opportunities” north of the river.

Hammersmith is home to a host of companies, like Walt Disney, L’Oreal, Universal Music Group and UKTV, providing jobs and attracting employees to this stretch of west London.

Camden, where he operates, is a popular patch, because “it’s not particularly gentrified and still has a certain edge to it. Young buyers, aged 28-38 on average, can pick up a house from £1.5 million near good state schools.”

Shepherd’s Bush is tipped to be another northern powerhouse. Finlay Brewer’s Simon Gresswell explains that “an IT hub with Imperial College is being created, bringing new schemes like White City Living”.

Simon adds that the Borough of Hammersmith & Fulham has 11 Green Flag status parks and is starting work on a £1 million refurbishment of Wormholt Park.

Prices in this part of west London generally range from £400,000 for a one-bed flat to family houses at £1.5 million. Simon’s currently selling a top-of-the-range, £5.95 million property, consisting of two houses knocked together.

Chris Mullin of Hamptons International Muswell Hill proudly declares that the market here is predominantly made up of owner-occupiers, a sector that has held up in the slowdown.

“Historically, Muswell Hill’s been overlooked, because there’s no Tube station,” he explains. “Developers have discovered the area over the past four years, and a number of houses are now selling for more than £2 million.”

Young professionals are moving here in preparation for having families, and downsizers like to remain in the neighbourhood, which has a pleasing mix of town and country.

Equally, Muswell Hill represents good value for first-time buyers. Chris is marketing a five-year-old flat with a parking space for £335,000, while a period flat on the first or second floor starts at £375,000.

Henry Fordham, managing director of Bellis Homes, builds most of his projects north of the river. He suggests the north is attractive due to its variance.

“You can drive for five minutes and find a completely different area and buyer,” he says.

Camden has trendy, polished floors and electric-blue kitchens, Hadley Wood is celebrity and footballer territory with houses up to £5.5 million, and Barnet’s more affordable – “a great place for young first-time buyers”, Henry observes.

According to Hamptons International research, south Londoners spent more than £2.5 billion to move north of the Thames in 2017. Hotspots include Aldgate, Upper Holloway, Harrow Weald, Walthamstow and Willesden.

As the north celebrates the approval of incoming southerners due to excellent schools, green spaces, transport links and house prices, next year could bring even higher returns.

Who says living north of the river can’t be groovy? Try this funky two-bed loft apartment
with double-height ceilings and exposed brickwork.

Berkeley Homes’s Georgian-inspired apartments and townhouses,
with a gym and concierge, on a lush garden square.

Only two apartments left in this Mount Anvil and Fabrica iconic riverside scheme at the foot
of Hammersmith Bridge, with the new Riverside Studios on site. 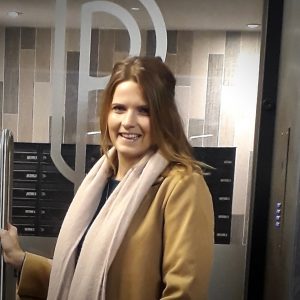 Francesca Kilby, a press executive with Savills, lived south of the river in Streatham, Wimbledon and Clapham after arriving in the capital from her native Northumberland.

Keen to buy her first home, she chose a one-bedroom flat at Bartholomew Court, a former office block in Waltham Cross, Hertfordshire, just north of Enfield and the M25.

Francesca moved into her first-floor apartment last June, purchased through the government’s Help to Buy shared ownership scheme. She paid a 5% deposit of just under £10,000 and 75% of the market value of £199,950.

“I looked for property in areas where I could afford,” she explains. “It’s considerably cheaper here and there are a lot of young people like me from out of London residing in the building.”

Another plus is that every one of the 44 flats in the block is configured differently, and Francesca’s particularly pleased with her big wardrobe and bathroom.

It’s also super easy to travel to work, she adds – “only 15 minutes from Waltham Cross station to Tottenham Hale and then the Tube to Oxford Circus”.

Francesca admits it’s quite different north of the river. Although she sometimes misses summer evenings on Clapham Common, she loves being right next to Lee Valley Park and close to friends in Essex.

“It’s important to get on the property ladder. I’ve made some compromises, but it’s worth not having to pay rent any longer,” she sums up.