Whats on this week in Surrey? We’ve got marmalade competitions, independent music venue celebrations, and a bucketful of entertaining occasions for you to discover and experience. Whether it’s a day out with the fam or a night out with your gang – get stuck into the below sizzlers and warm up your winter nights this January.

The time has come for final tastings and quality control. It is of course, the annual conserve contest. Compete with like-minded lovers of sweet Seville Orange to be crowned Secrett’s Farm Shop Marmalade Competition 2022 winner. Be sure to check out all the do’s and don’t and download an entry form from the Secrett’s website to be certain of your place amongst a plethora of sweet preserves from all over Surrey. Deadline for your marmalade drop-off at the farm shop is January 31st.

The Welsh wonder that is Rob Brydon arrives in Surrey this January, bringing with him a night of songs and laughter. Whether you fancy seeing him in Woking or Guildford, secure yourself a seat and be entertained by Brydon’s inimitable charm and charisma that’ll warm the coolest of cockles.

Captain’s log, stardate 25012022; an intriguing life-force has appeared on Planet Earth at the cultural centre of excellence known as Farnham Maltings. Musical. Comical. We must…see. We must…discover. Join Captain Corcoran and his crew as FAOS presents this hilarious intergalactic adaptation of Gilbert and Sullivans Pinafore. The ship will seek out new life and new civilisations, equipped with all Sullivan’s music and most of Gilbert’s words, but in a brand-new version that is guaranteed to beam you up, far from earth. 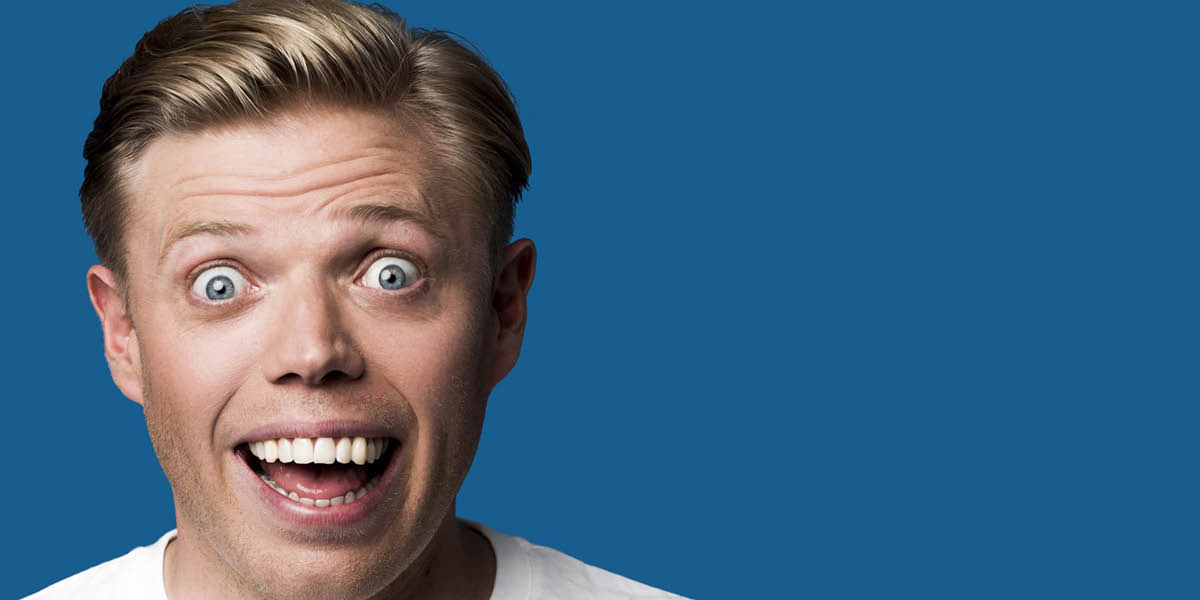 Well endowed with white teeth that shine like the icy north-pole Santa calls home, catch the hilarious ‘mouth of the south’, Rob Beckett, as he brings his brand of non-stop laughs to the Rose Theatre in Kingston this month.

In one of the most famous of Aesop’s fables, a very cheeky and boastful Hare gloats that he’s the fastest creature in the whole wood. A tortoise sick of bickering on this topic volunteers to race him, and Hare learns an important lesson. Hannah Summers’ inventive and energetic retelling follows the Hare and the Tortoise through and around the forest obstacles and working together. Your little ones learn that it isn’t all about who wins the chase; slow and steady wins the race.

For an evening of classic rock, Americana style, head for the Boileroom and get cosy with the warm sounds of Memphis road-dogs Lucero. Forming in the late 90s, get set for a night that’ll see Lucero showcase their brand of early rock and roll, classic punk, country-folk, and deep-fried Southern soul.

Head for the relaxed environs of Esher’s Everyman Cinema and soak up some culture with the National Theatre’s Live screening of Tom Stoppard’s Olivier Award-winning new play Leopoldstadt. Then, sit back and get ready for a passionate drama of love, family and endurance.

Are you recovering from an injury? Looking to regain some mobility? Whether your best playing days are behind you or if you’re simply looking to make new friends in a fun and welcoming environment, why not try your hand at Walking Football in Farnham or Cranleigh? Taking place on Thursdays, sign and re-discover your love of the beautiful game.

Whats on for the little cubs in Kingston? Enjoy live music sessions for little people at the Rose Theatre in Kingston as Una Coello Guitar Girl brings a range of instruments to tantalise your tots’ ears. Taking place every Thursday morning at 10.05 am and 11.05 am, sign up and enjoy the sweet sound of music in this multi-sensory experience.

Celebrating the nation’s great institutions, independent venues, head for Guildford’s esteemed live music and arts community hub, The Boileroom, for a week of wild and wonderful music. Featuring headliners; SOAK, The Bug Club, Pom Poko, Joe and The Sh!tboys, Bess Atwell, The Skints, Field Music – support the scene and turn up to your local independent venue.

If you fancy some sweet folk music to warm your winter nights, then head for this month’s instalment of Grayshott Folk Club and cuddle up to the cosy tones of Irish singer-songwriter Niall McNamee. One to watch, sit back, relax and be serenaded by McNamee’s rustically smooth tones and storytelling.

It’s been a tough season so far for Coach Creon and his team. But, with a lengthy list of injuries, can Scorchers rise from their lowly position and climb the table? Cheer on your favourite BBL team as they entertain in-form Cheshire Phoenix at Surrey Sports Park. Tip-off time is at 7.30 pm.

Who is to blame for the worldwide phenomena of ukulele orchestras and ukulele mania? The Ukulele Orchestra of Great Britain! Tap your toes with the royalty of the ukulele scene, the independent rock-stars of the “bonsai guitar”, who have plucked and sung, joked and whistled with Clean Bandit, Robbie Williams, Madness, Cat Stevens, The Ministry of Sound and Blue Peter.

For a finale and fond farewell to the end of January, head for Cranleigh Arts Centre and be entertained by the non-stop party is The Red Stripe Band, who have played at literally every jazz and blues festival you can think of, including a memorable show at the Montreux Jazz Festival. Expect a mix of original songs and other boogie-woogie, swing and rock no roll classics.

Guildford Shakespeare Company begins their 2022 season with their rendition of Bard’s classic tragedy Hamlet. Broken by his father’s death, stunned by his mother’s hasty remarriage, and rejected by his childhood sweetheart, Hamlet wants nothing more than to return to university and his previous life. But this is no ordinary family, and Hamlet is Prince of Denmark. The state is in turmoil. Enemy forces are on the border. The walls have ears. Starring Olivier-nominated actor Freddie Fox (Mark Thatcher in The Crown Netflix) as Hamlet, Directed by Tom Littler and designed by Neil Irish, expect the same exceptional theatre standard that GSC has become known for.

Taking place from 4 pm – 8 pm, sign up to the Dark Skies Surrey Hills trail run this January and enjoy an undulating, muddy and ultimately thrilling night run through England’s largest vineyard. So choose from a 10 mile, 10K and 5K race and for the little ones in your life, there are also 1k and 2k kids races for 3 – 11-year-olds.

TAKE A TRIP TO THE MUD RASUL / HARBOUR HOTEL, GUILDFORD

Need some TLC? For an alternative to your usual pampering session, why not try HaSpa’s, Mud Rasul. “A Mud Rasul?” you ask. Spend 45 minutes in this self-application treatment where mineral-rich mud, heat and steam combine to create a truly immersive spa experience. 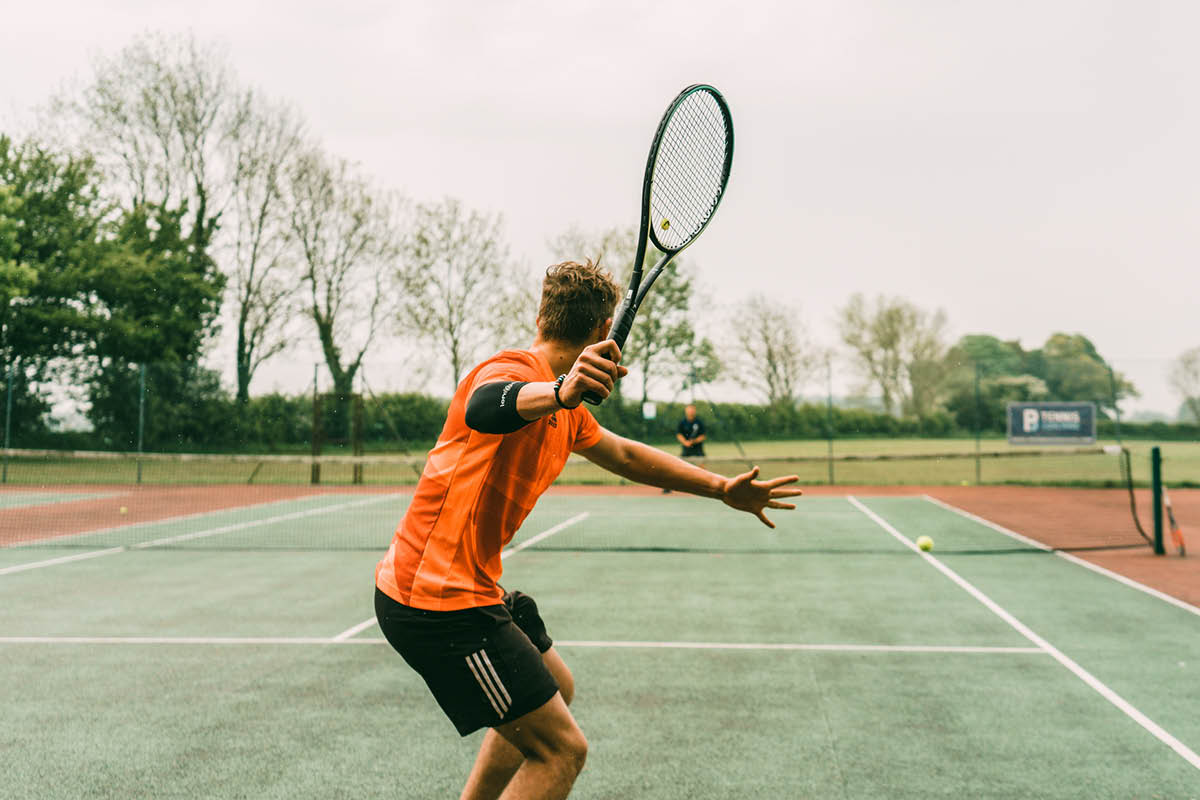 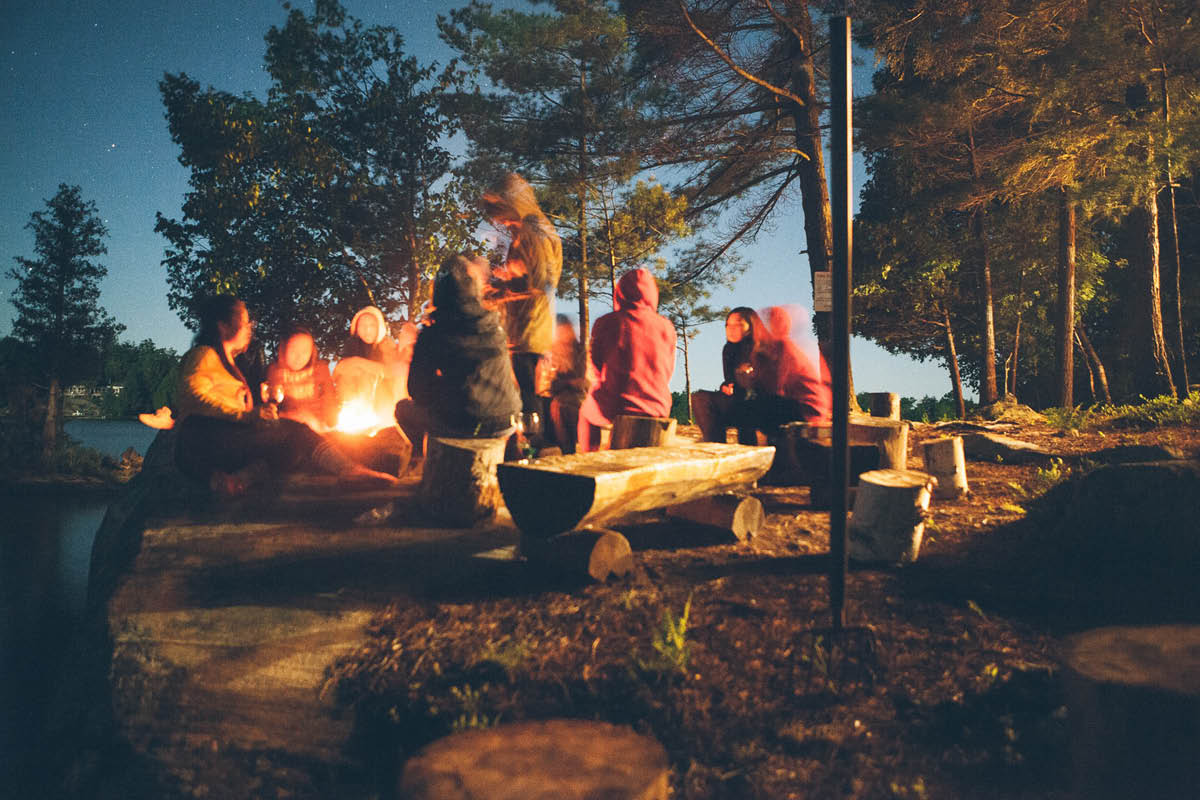 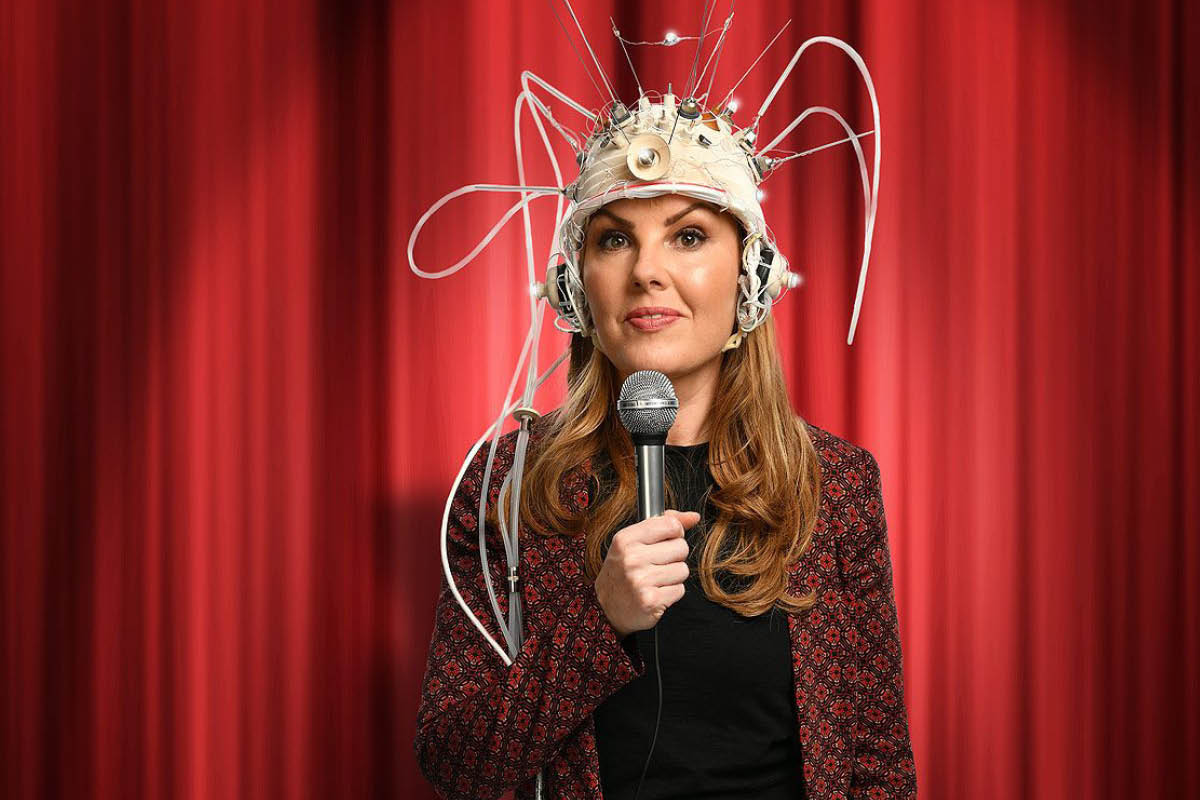 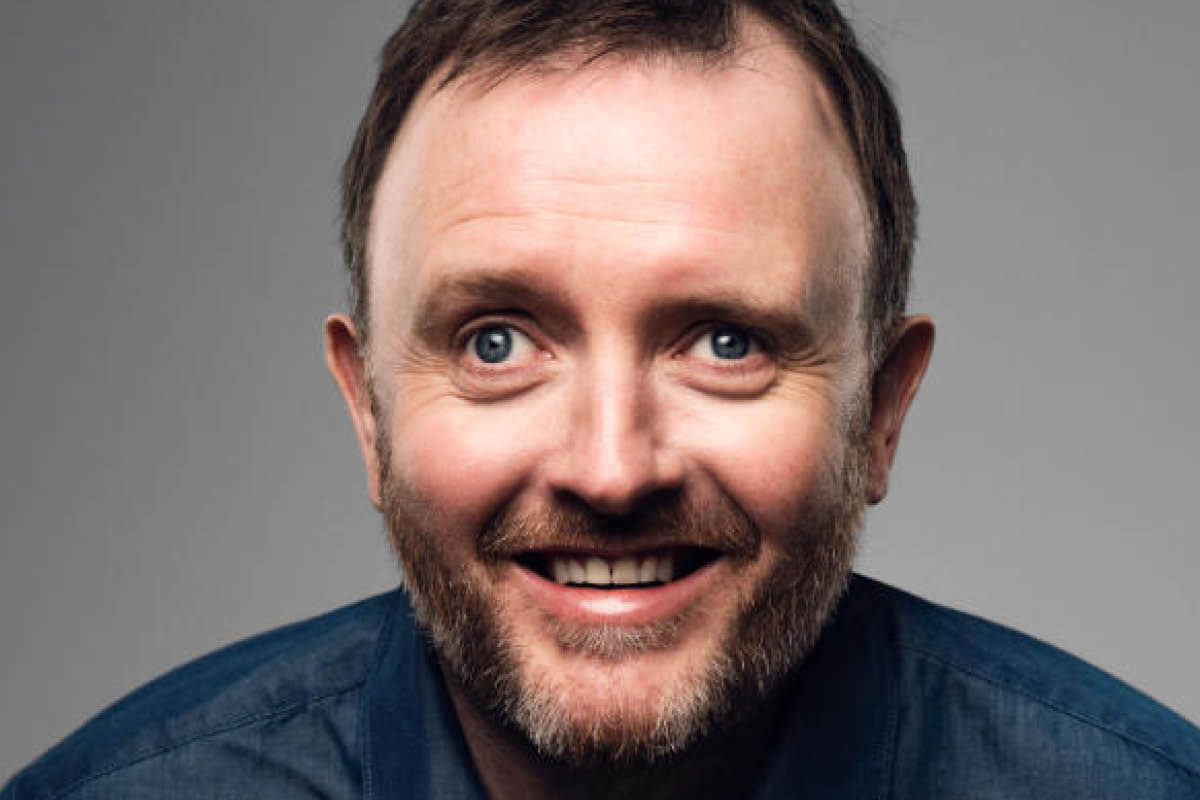